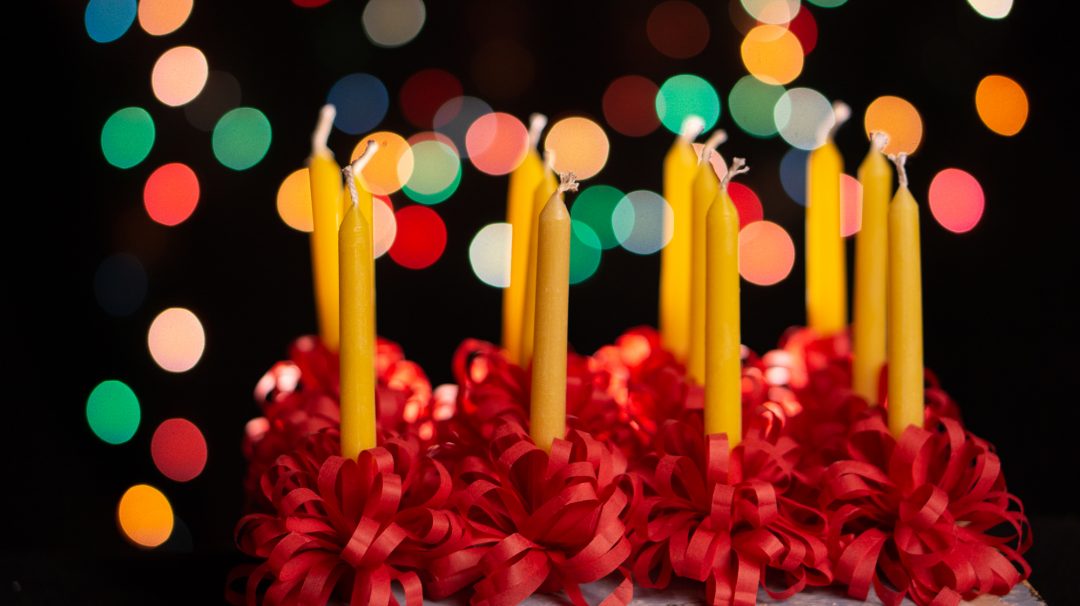 If you received an untrimmed candle in your 2020 Lovefeast-to-go kit, it is simple enough to “trim” the candle, so it’s bright red “ruff” gaily wraps around the beeswax light.

While you’ll find our printed directions helpful, this simple video tutorial, brought to us by our friends at Friedberg Moravian Church in Winston-Salem, N.C. may be all you need!

About the Moravian Lovefeast Candle

From the beginning, the small, lighted candles distributed to Moravians in America were made from beeswax. Beeswax, considered the purest of all animal or vegetable waxes, suggested the purity of Christ. The candle, giving its life as it burned, suggested the sacrifice of the sinless Christ for sinful humanity.

Over time greater emphasis came to be placed upon the candle as representing Christ, the Light of the world and the light shed by the burning candle suggesting our Lord’s command, “Let your light shine,” a concept summed up in the children’s hymn:

Until the end of the nineteenth century, only the children received candles, and this is still the case in some churches. Giving candles to the whole congregation has become an accepted and beautiful part of the Christmas Eve vigils in many places. The grownups are permitted to share in the childlike joy of the Savior’s birth, to become children again, if only for a brief moment. When everyone lived within walking distance of the church, the children tried to keep the candle burning until they reached home, where it would be used to light the candles on the Christmas tree.

The traditional beeswax candle continues to be a central part of Moravian Christmas celebrations. While there are local variations—the size of the candle, how its base is trimmed, how they are presented during Christmas Eve services—the light of the beeswax candle remains a powerful symbol of the light Jesus brought to the world.

Adapted from an article by Lee Shields Butterfield which originally ran in the December 1962 issue of The Moravian.

View all posts by unity