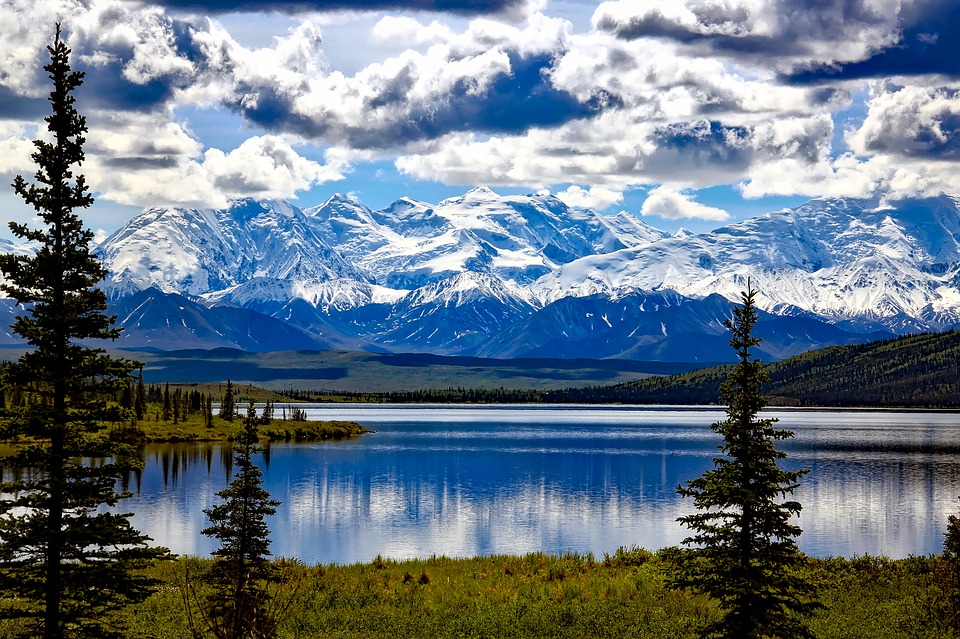 As I prepare to journey to Bethel, Alaska, I have wondered about the history of this region and its Moravian roots.

The Yupik people have made southwestern Alaska their home for several thousand years. Their village is called Mamterillermiut, which means – “Smokehouse People” – named after their fish smokehouse. During the 19th century, the village was a trading post and the 1880 U.S. Census showed 41 people living there.

In 1883, the secretary of the Presbyterian Mission Board wanted to form an ecumenical group who might be interested in initiating a mission in Alaska. He contacted the Moravian mission agency and traveled to Bethlehem, Pennsylvania to speak to the Moravian Seminary about this possibility.

Adolphus Hartmann, a missionary who had served in Australia and also among the Canadian Indians, and William Weinland, a graduating seminary student were appointed to make an exploratory trip to Alaska. After a couple of weeks, plagued by bad weather and vicious mosquitoes, on June 20, 1884, the missionaries welcomed the sight of an Alaska Commercial Company Camp on the bank of the Kuskokwim River.

God saith unto Jacob, ‘Arise, go up to Bethel, and dwell there, and make there an altar unto God that appeared unto thee.’ [Genesis 35:1].

They wrote in their journal: “We at length came in sight of the important station Mumtrekhlagamute. We were greatly cheered by the sight of this station, situated on a high bank, with a background of pine forest. The Moravian Text for the day was both encouraging and remarkable: God saith unto Jacob, ‘Arise, go up to Bethel, and dwell there, and make there an altar unto God that appeared unto thee.’ [Genesis 35:1]. It seemed as though the Lord was now speaking to us in these words, and was thereby pointing out the place for our future operations amongst the Eskimoes.”

From that point, development of the Alaska mission moved quickly. Other sites for the mission were investigated, but the pair settled on the Camp and renamed it Bethel, after the Daily Text they read on the day they first saw it.

Weinland was appointed to return to Alaska and start the new mission along with the Rev. John Kilbuck, a Native American and alumnus from the same seminary class. Both missionaries married women described as “companions possessed of the true missionary spirit.” Weinland married Carrie Yost and Kilbuck wed Edith Romig.

On June 21, 1885, the first Sunday worship service was held by Moravians in Alaska.

William Henry Weinland was born and raised in Bethlehem, Pennsylvania. He attended Moravian schools and graduated from Moravian College and Theological Seminary in preparation for a life of professional ministry.

The Kilbucks spent their adult lives in Bethel as missionaries and teachers among the Yup’ik people. They were perhaps the most influential missionaries during the period around 1900. They quickly learned the Yup’ik language and adopted Yup’ik as the language of the Moravian Church in Alaska; a policy which continues to the present. John also based all missionary work in the existing Yup’ik villages, rather than establishing separate mission stations. Since the 19th Century, the native Alaskans have had a rich Christian history, coming from Moravian, Russian Orthodox and Catholic roots.

In 1971, the town of Bethel started a radio station for the Yup’ik people, and it has had a big influence in the revival and redevelopment of the Yup’ik culture.

In 2012, someone in town put up signs everywhere that said Taco Bell was going to be coming to Bethel soon… but, it was really just crazy hoax… until Taco Bell heard about the hoax, and they airlifted a “taco truck” into town to serve about 10,000 tacos to the people. You never know what excitement might occur in a small remote town in Alaska!

I am honored to be able to visit this special place and know the spirits and efforts of all those who have worked to spread the Gospel of love and peace still live in the lives of the people. God’s Spirit continues to be expressed through the love and devotion of Ed Denhert and Barb Wiede and the Moravians who continue to pray for and live among the people of Bethel.

Humbled to be part of all who follow our Lord,

-The Rev. Barry Foster is pastor of Unity Moravian Church in Lewisville, North Carolina. This article was first published in the August 2018 church newsletter.